Standing in Our Power Together 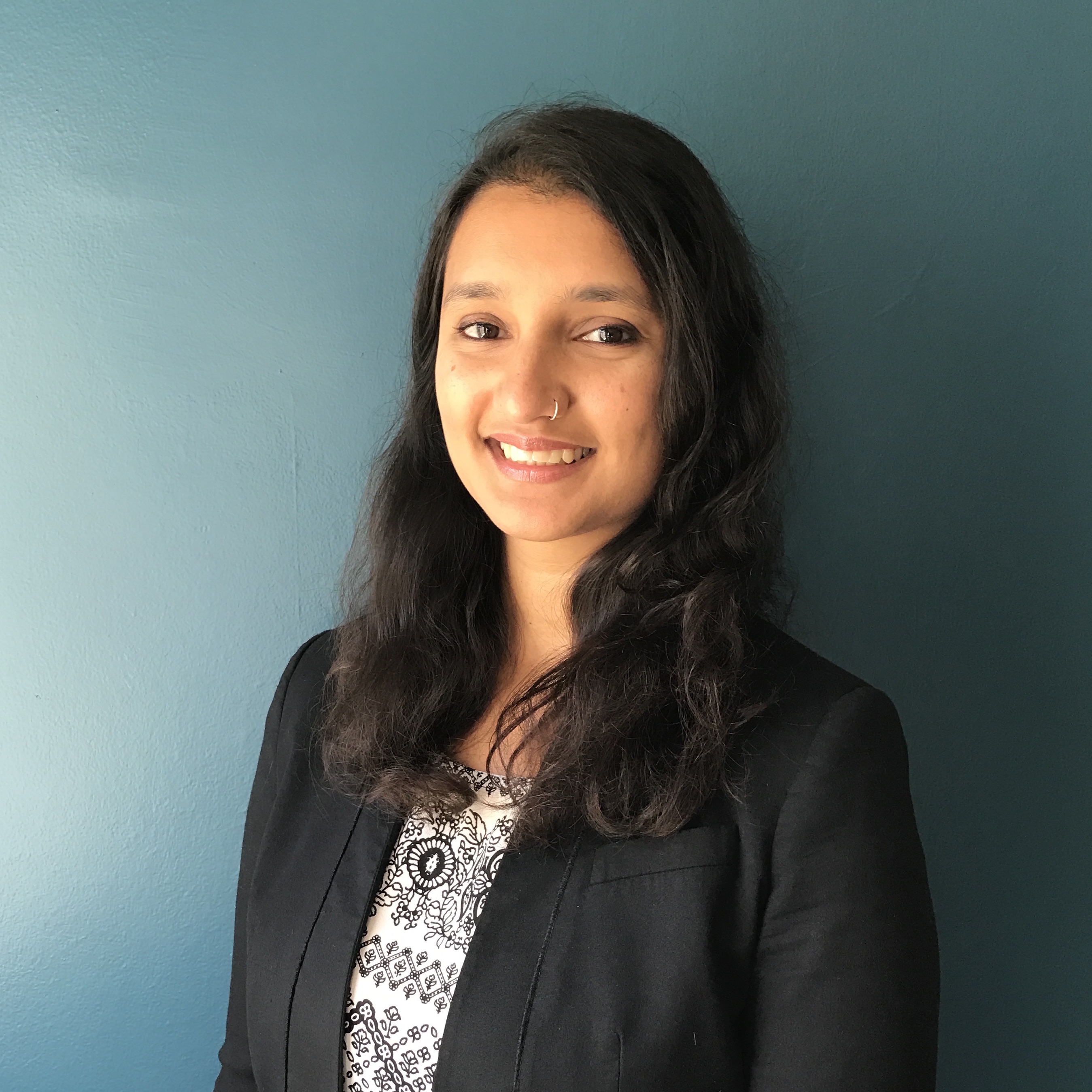 These days, between the news cycle and continued attacks on working families, it can feel overwhelming to push forward our agenda for justice. This feeling isn’t a new one – movement work comes with big ups and downs, especially as the political landscape shifts. While conservative forces are oppressing people of color and social movements more than ever, the movements we support have also stepped up their level of risk-taking and proven over and over again that our voices wield a lot of power.

To me, this feeling of power amidst chaos is what it felt like to be at this year’s NFG National Convening in St. Louis. It was a moment of reprieve from grieving the barrage of terrible government policies and state violence impacting Black and Latinx communities and transgender women of color. It felt empowering to be standing in community with other funders, discussing how best to resource the movement for justice, and hearing from inspiring speakers who shared their stories and brilliance.

There were several standout moments for me during the conference related to the Funders for a Just Economy’s (FJE) goals and objectives as a network. This year, our network wanted to explore shifts in the economy, the rise of political power in the financial sector (a process called financialization), and the moves the worker justice movement was taking in reaction to Supreme Court decisions that were going to be announced during the conference.

One of the financialization workshops provided a phenomenal overview of how the economy and the financial sector were built from a history of slavery, genocide, racism, and sexism. Speakers from the Action Center on Race and the Economy, Americans for Financial Reform, Grassroots Collaborative, and the Partnership for Working Families shared how communities of color and women of color in particular have been excluded from opportunities for wealth creation and have been targets of wealth extraction. In another workshop on financialization and disaster capitalism in Puerto Rico, José García of the Ford Foundation joined speakers from the Center for Popular Democracy, the Maria Fund, and Public Accountability Initiative/LittleSis to describe how these themes continue today. They spoke on how wealth is being extracted from the colony as more and more policies towards privatization benefit investors instead of Puerto Ricans.

The conference’s learning tours also provided an opportunity for grounding ourselves in the context of St. Louis, MO. I joined many FJE members on a tour that was led by the Organization for Black Struggle and Missouri Jobs with Justice. As we drove through the neighborhood towards the Organization for Black Struggle’s office, we learned how decades of racist city policies left neighborhoods bereft of economic opportunity and prosperity. 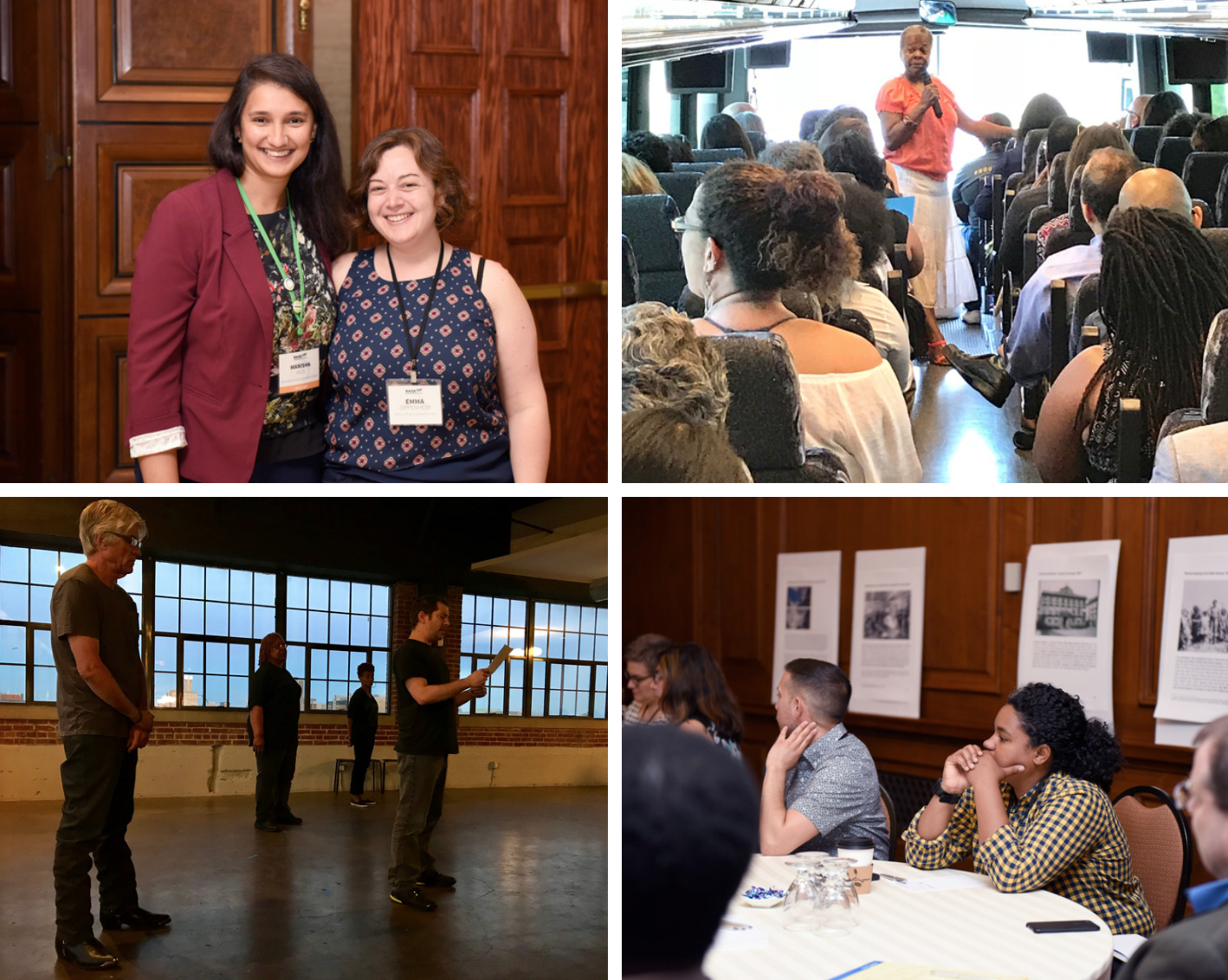 Once at the office, members of both organizations described their organizing strategies to shift power in the state. Currently, communities are engaged in policy solutions that aim to curb the influence of money in politics, raise the minimum wage, and improve the lives of workers in Missouri. Most recently, these organizations were key partners in the educational effort that led to the huge victory of repealing the state’s “right to work” legislation. Repealing this legislation removed limits to workers’ abilities to collectively ensure they have better pay and improved working conditions.

FJE and the LIFT Fund organized a Labor Strategy session on the learning tour to discuss upcoming challenges to labor unions after the looming (and now ruled) decision on Janus v. AFSCME at the Supreme Court. Major themes that funders were grappling with during the discussion included how to develop a funding strategy in this new political landscape and context, how to shape the future of work, how to work with unions and their members, understand new frameworks for collective bargaining, and build power and our vision for change.

And finally, FJE’s dinner programming was another highlight for me. The arts collective Bread and Roses performed a few of the vignettes from their production, A Workers’ Opera, that shared how “right to work” policies have always been fueled by locking workers of color out of industries and shared benefits. And at the conference’s awards reception, NFG Award for Excellence honoree Molly Shultz Hafid and Discount Foundation Legacy Award winner Enrique Balcazar inspired us all to think creatively about how we show up, use our power and influence, and become better movement partners.

As FJE looks ahead, our network will continue to analyze the political landscape and strategize together to further develop our vision for moving money for justice. We will also continue to have deeper dive discussions to address financialization, shape the future of work, and learn about how Labor and the worker justice movement is evolving.

The NFG conference reaffirmed for me what we can do together to push the boundaries in our powerful roles as funders, and foster long-term partnerships with community organizations that are building momentum and shifting power. It was a call to action: our communities cannot wait for us to get it right. History has shown us that those with power will fight – by derailing our progressive agenda and using violence – to maintain white supremacy and capital. And history has also shown us that bold action, escalation, culture shift, and people power can and will prevail. I look forward to continuing to stand in power with each of you.

Find more posts about the NFG 2018 National Convening on the NFG blog.

The imagination, ingenuity, and power of workers, neighbors, and organizers in regions across the country are bigger than the crises they face. NFG’s Building Power in Place (BPP) project bridges organizers and funders with place-specific research highlighting groundbreaking community and worker organizer strategies. BPP showcases the realities of what building power in place looks like and offers funder recommendations for supporting the work.

Houston’s grassroots organizations are holding corporate developers, city and county officials, fossil fuel companies, land-grabbing universities and more to task for creating a haven for low-wage work, climate insecurity and displacement. Spurred by turning points like Hurricane Harvey, new coalitions have solidified that are connecting the dots between issues like voter’s rights, speculation-driven construction, gutted public services, and xenophobia targeting migrants. Movements are successfully shifting power at the county level and on contracting while piloting a new generation of green infrastructure and just transition from fossil fuels.

Following the model set by Houston funders, NFG’s Funders for a Just Economy program is bringing together funders across economic justice, civic engagement, housing, immigration, environmental justice and more. We are organizing grantmakers to join us next Thursday, May 27th at 12-1:30pm CDT to learn more and strategize about the expanding movement infrastructure redefining the social and employment contract in Houston. We’ll dialogue directly about where funders can develop local partnerships that carry a national impact. See more information in the newsletter, and register today for this dynamic meeting.

We are excited to announce the launch of Philanthropy Forward's Cohort 3 in partnership with The Aspen Institute Forum for Community Solutions!

learn more about each Fellow!

With a framework focused on liberated gatekeeping, accountability practices, and strategic risk taking, Philanthropy Forward is a dedicated space for leaders to organize together and boldly advance the transformed future of the sector. This growing fellowship of visionary CEOs from progressive philanthropic institutions is aligning to disrupt and transform the future of philanthropy.

Philanthropy Forward is a joint initiative started in 2018 by Neighborhood Funders Group and The Aspen Institute Forum for Community Solutions. Learn more about the fellowship here.