Funders: Let's Stop Fixating on Our Issues and Start Supporting our Values

Dimple Abichandani, NFG member and Executive Director of the General Service Foundation, encourages colleagues to move from business as usual toward new practices of solidarity, including increased funder alignment and greater support of cross-issue movement building efforts that often struggle to raise funds. 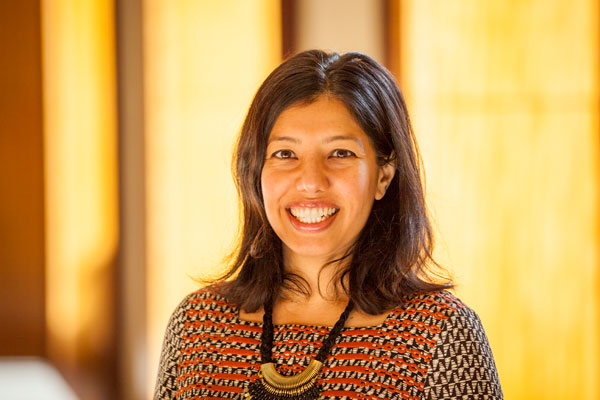 As I think about where we go from here, I can’t stop thinking about the election.

In 2010, there were two dozen states that had anti-Sharia law ballot measures and/or legislation pending. In fact, Sharia law did not pose any real threat to communities, but these ballot measures introduced by conservatives tested whether Islamophobia mobilized voters. On election day in 2010, voters in Oklahoma overwhelmingly voted to amend the state constitution to ban the use of Sharia law in state courts. The vote in Oklahoma confirmed the potency of Islamophobia and the degree to which “othering” and fear turned out voters.

At that time, I led the Security & Rights Collaborative, a donor collaborative at the Proteus Fund fighting Islamophobia. In my progressive philanthropy circles, there were colleagues concerned about the troubling trend, but only a handful of foundations were supporting anti-hate efforts in 2010. And more often than not, when I reached out to funders to invite their support, I would be met with regret that “this is not our foundation’s issue.”

On December 7, 2015, candidate Donald Trump announced a proposed ban on Muslims entering the United States. Where philanthropy ignored the early warnings, he had clearly paid attention. And as we all know, last week, President Trump made good on his promises by passing an executive order temporarily barring entry into the United States of people from seven majority Muslim countries.

Today, we all can see how hate and “othering” helped elect one of the most dangerous and xenophobic administrations in U.S. history. Decades of hard-won progress across so many issues from racial and gender justice to reproductive rights, economic justice, and environmental justice may be unraveled.

So where does that leave us in philanthropy? As we face multiple challenges on multiple issues, how can philanthropy most effectively fight back?

I ask this question today from my current position as the Executive Director of the General Service Foundation, a private foundation that advances justice. In my first year at GSF, our board and staff took time to look beyond and behind the issues we fund to articulate our core values and the impact we are working toward. As I work with my fellow funders in this moment, I know that these core values, our clarity about our purpose, and the example set by movement leaders charts a path forward.

Today, advocates across issues are coming together to stand with each other in solidarity. As they lock arms to demonstrate a progressive united front, there is growing power and potential for a movement of movements. Funders ought to follow suit, and adopt a practice of solidarity that supports a more unified field in this unprecedented moment—a moment that warrants a continued, strong, and united response at a scale not seen before.

Solidarity is the opposite of saying, “Sorry, that’s not my issue.” Rather, this is a time of affirming our shared values, and seeing the intersections between all affected communities and the various issues that we are fighting for. It is a time for us to work together across our institutions to advance shared values. A practice of philanthropic solidarity is an invitation to be more expansive in our own vision of justice. What if, when they came for our immigrant sisters, reproductive rights funders stepped in, understanding that separated families cannot experience reproductive justice? What if, when they shut down the Flint water crisis investigation, funders of racial and economic justice joined environmental funders and those who support women and families to fight back together in recognition of our common cause?

Today, many of our institutions are stepping up and increasing our payout to meet the challenges of the Trump era. These new commitments of funding represent an opportunity for us to move from business as usual toward new practices of solidarity. At GSF, our first step in moving from issues to values came a year ago when our board approved a spending policy by which any increase in payout would be available for more flexible funding that was values aligned rather than issue specific. This small shift opened the door for us to focus on strategies rather than issues and to support cross-issue movement building efforts that often struggle to raise funds.

After the election, when our board approved an increased payout for 2017, we committed to aligning our giving with fellow progressive funders. Aligned giving is a departure from philanthropy’s default culture of autonomy, and it will take experimentation to find ways that work, but in this moment, we are clear that aligning our efforts will increase impact and can reduce the burden of fundraising on grantees. We are excited to partner with other funders in this moment to seed new practices.

Last spring, I moderated a conversation with Linda Sarsour and Marisa Franco at Grantmakers Concerned with Immigrant & Refugee Rights, titled “Crucial Intersections: Race, Immigration and the Future of Cross Issue Social Movements.” Many of you may recognize Linda Sarsour, a Muslim American activist, as one of the lead organizers of the historic women’s march. When we spoke about philanthropy’s role in supporting cross-issue work, Linda described how she has long fought for reproductive rights, immigrants rights and police reform, but she has only ever received funding from national security-focused funders. She felt frustrated and handicapped by the constraints of philanthropic silos, to have the breadth of the Muslim community’s concerns put in a narrow, foundation-defined box.

In this moment, we need all of our leaders across so many movements that are building power for marginalized communities to be supported in ways that allow them to show up and be whole in their work. If we practice philanthropy as usual and stick to our silos, we are easily divided by our opponents. Instead, we can approach our grantmaking from a broader perspective of the values that guide us, to show up together and in solidarity. Woven together, we are strong. Together, we are whole.

Black Lives Matter, today and every day. NFG stands in solidarity with Black communities as we again find ourselves anguished, angered, and compelled to action in response to the murders of George Floyd and Black people across the U.S. by police.

We urge our network to continue challenging white supremacy. We call on philanthropy to divest from criminalization and invest in communities. We encourage you to fund communities directly, support protestors and essential workers — like Breonna Taylor — who continue to respond to the coronavirus pandemic, and donate to bail funds around the country. Read more about how grantmakers can take action to fund transformative justice in this blog post from NFG’s Funders for Justice.

NFG cares about you, and your communities. We are here to work beside you and support each other as we share, inspire, grieve, and act together. And we are committed to organizing philanthropy to support grassroots power building so that Black, Indigenous, and people of color communities thrive.

This piece was written by NFG's Funders for Justice program leadership.

We Stand in Solidarity: Funders for Justice stands in solidarity with protestors in Minneapolis, Louisville, Phoenix, New York, Detroit, Los Angeles, Chicago, and other cities across the country, fighting for the lives and freedom for all Black people. We know that communities are powerful, and will dream and fight for the transformative justice in which together we create the new world we all need. As funders, our mandate is to fund communities rising up against state violence, and to continue to fund as communities build the power and momentum for long-term change.

We Must Continue to Challenge White Supremacy: While police killed unarmed Black people over and over again, we witnessed no police response to armed white nationalist posted in front of state capital buildings and yelling in the faces of security guards, demanding an end to shelter in place because they wanted to get a haircut and go out in public without a mask.

Stand with Black Women Essential Workers: Breonna Taylor was a young Black woman who was an EMT — an essential worker already risking her life during a pandemic. Yet we repeatedly witness evidence that the state does not protect or respect the people, especially Black women, risking their lives to save others. Essential workers are already facing dangerous conditions, with extremely limited protection equipment, low pay, often dangerous commutes to work, and then in turn endangering their families. That Breonna was one of the latest casualties of state violence is profoundly painful.

How to Support Protestors: We encourage you to fund communities directly, including at times when groups are not able to fill out even a short proposal or form because they are leading protests in the streets. We encourage you to give now however your foundation is able — including getting creative in mobilizing resources — perhaps to use your foundation’s expense account to send money for needed supplies like water and food. And, we encourage everyone reading this blog to make a personal donation, because we all come to the work we do as the full people that we are: part of communities fighting in resistance, part of communities fighting for survival, part of communities taking action in solidarity. You can donate now to bail funds in many cities.

Invest/Divest Now: While millions of local dollars are cut from city budgets — in youth programs, health services, and education, among others — due to shortfalls, the police unions/associations continue to push for more money and more police. Yet police are not saving people in this pandemic — they are policing, fining, and sending people to jail - mostly Black people. The federal administration has refused to send more supplies and funding to medical workers and other frontline workers, while increasing funding to police-related spending and private security guards.

We All Have A Mandate: Philanthropy’s mandate to support communities in living healthy and free lives means funding both the public infrastructure that keeps communities safe — like health care, housing, and education — and funding the people, organizations, and the movements rising up against police violence and building power to defund the police, prisons, ICE, and detention centers. Philanthropy must support divest/invest campaigns and other abolitionist strategies, because nothing the police do is meant to ever keep communities of color safe. Now is the time to divest from the police, when cities are cutting budgets and need the funding for community wellness more than any other time. (Check out FFJ’s divest/invest resource for funders and consider how you want to support community safety and justice.)

Bail funds and legal support in cities around the country are linked in this google doc hosted by the Movement 4 Black Lives.

Where to donate to support protestors and Black folks organizing for Black Lives in Minneapolis: